In 15th August, according to legend, it is very important day because a Japanese Buddhist goddess, Benzaiten stepped down onto Chikubu Island on the water of Lake Biwa. This day, an artist MICO dedicated her Performance Painting of the Benzaiten & Prayer Performance to Hogon Temple in Biwa Lake in 2016. She performed with a local short flute piece Shagiri music composed by Nagahama tourism ambassador, Mr Yanagiman. (Shagiri added to UNESCO Intangible Cultural Heritage List) We cerebrated Benzaiten landed on the island in Biwa Lake. In the Performance Painting ~ Origin ~, she expressed the godly moment when Benzaiten stepped down onto the island. In the Prayer Performance, she performed spreaing energy of the Goddess in this world, highly spirituality, highly artistry and expressed healing power passed on people. In the Performance Painting, she used the local products, Hama Chirimen (Kimono Fabric) & glasses from Kurokabe Square for the Benzaiten. 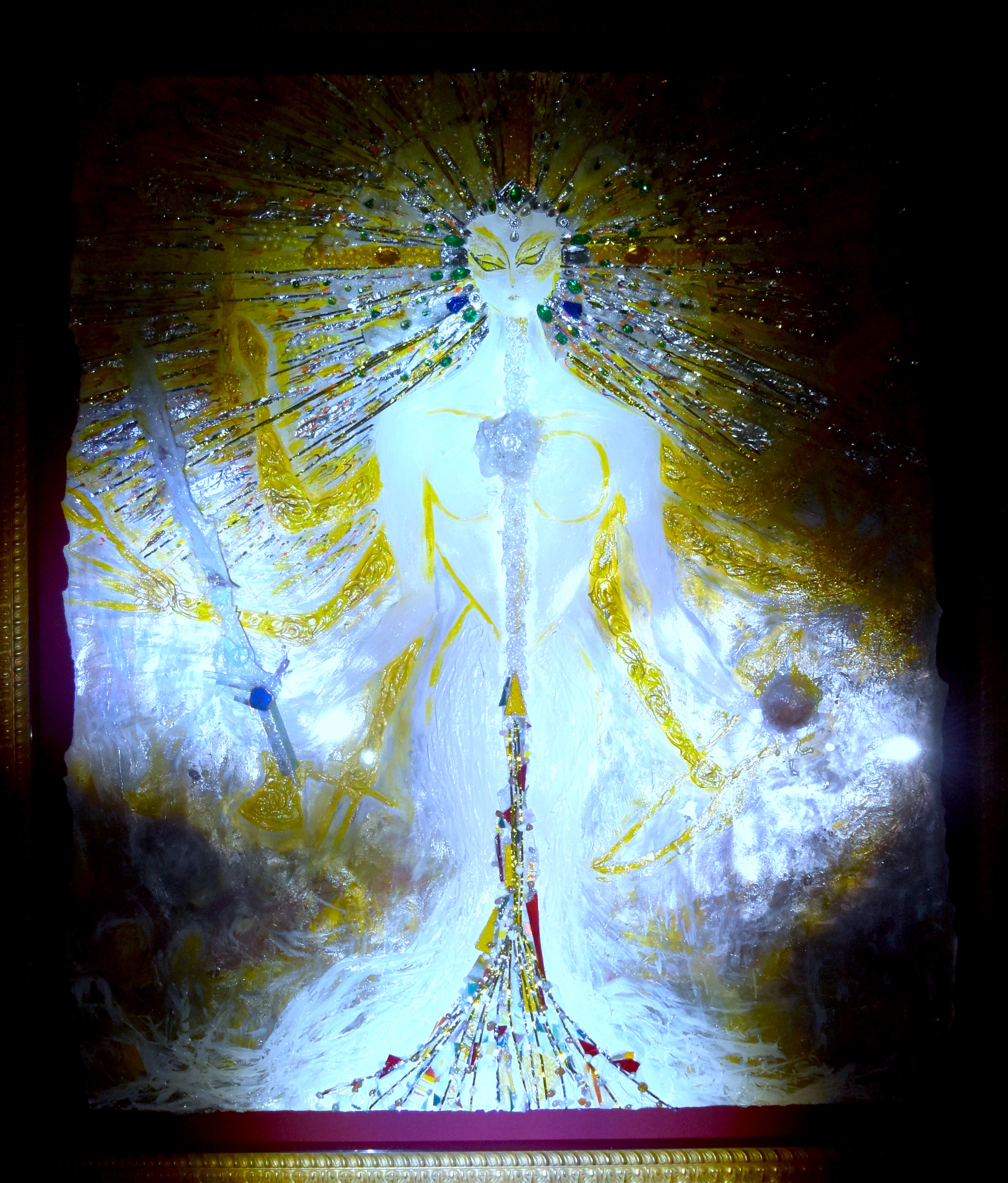 Story: leading by the goddess of the sun, Amaterasu with light,  a Japanese Buddhist goddess, Benzaiten stepped down onto Chikubu Island on the water of Lake Biwa. And it wrapped up the whole Japan in the light. The earth is clamour, water is singing, fire is fly high, water drop from the heaven, all creatures who lives in Japan was greatful to the Benzaiten from the bottom of the heart. And Japan grew the finest country in the world, but people came to live only for a people. Benzaiten faith began to lag. Goddess who watched the people who grieved in it has been watching over the Japanese future for a long time in the depths of the main hall of a Buddhist temple, leading by Amaterasu again, August 15, reborn as the light itself, culture of prayer sends to all over the world, people who didn't know the Benzaiten start to visit, the Benzaiten faith start to spread again.

Performance is, expressed the energy of the painting will spread to this land, highly spiritual, highly artistic quality, and healing power was handed down to people.

A song 『ＢＥＮＴＥＮ』 composed with all your prayers of the world peace by NagahamaTourism Ambassador Yanagiman. And with Fellows of the Shagiri player. ( Shagiri added to UNESCO Intangible Cultural Heritage List in 2016) 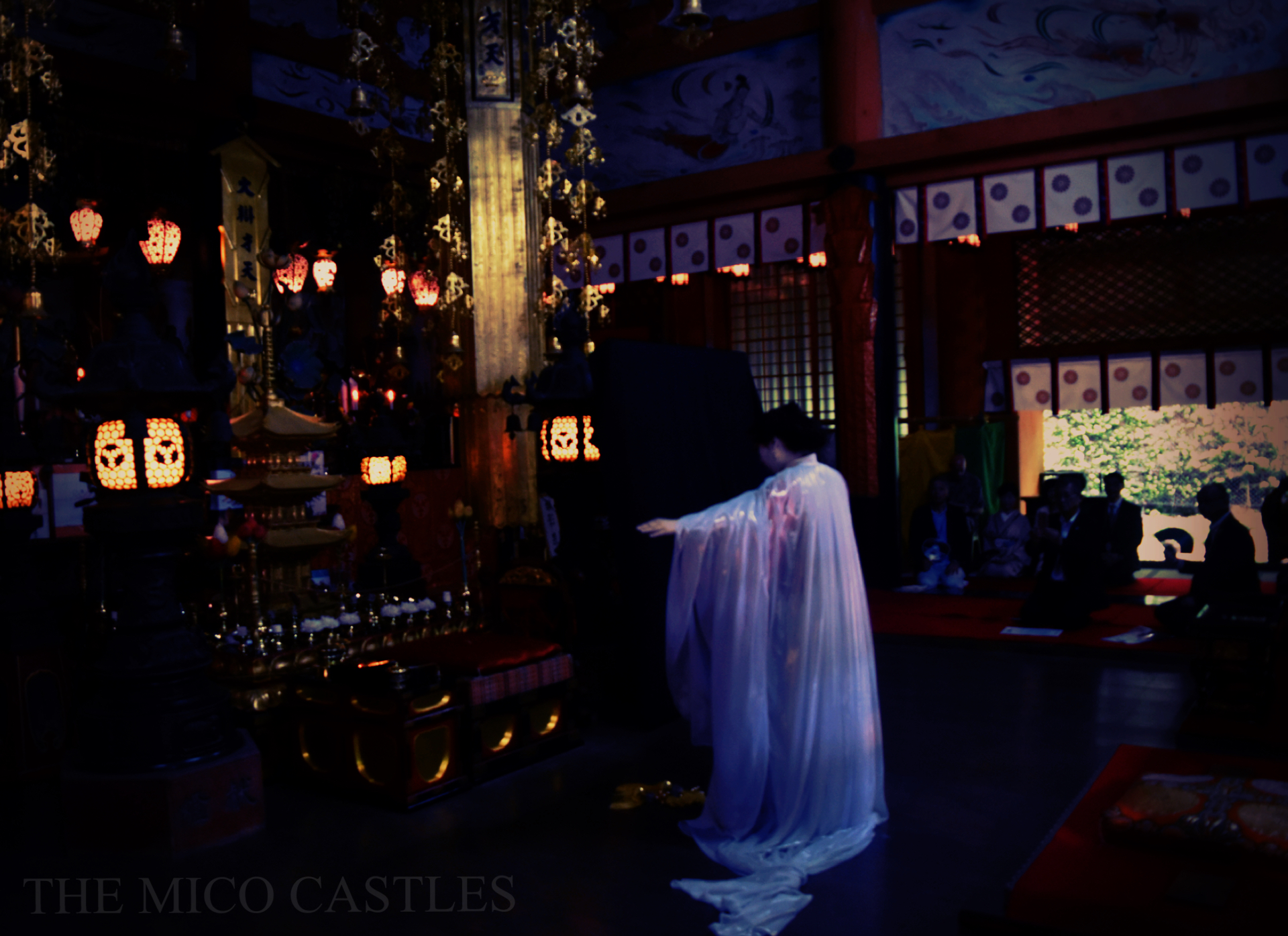 August 15, 2016, Dedication Performance Painting at the Chikubu Island, Hogon Temple (This photo has been taken under a special permit) 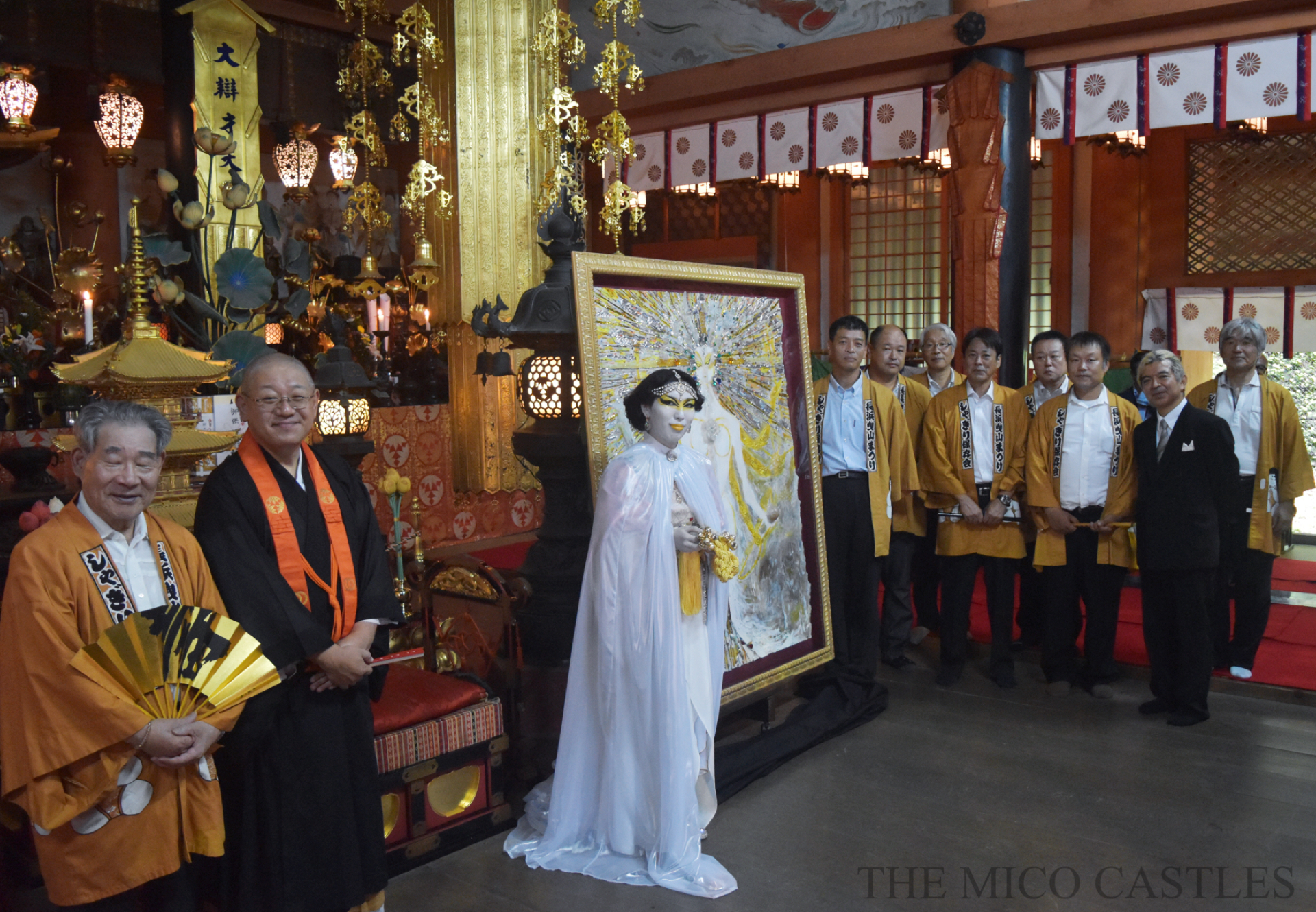 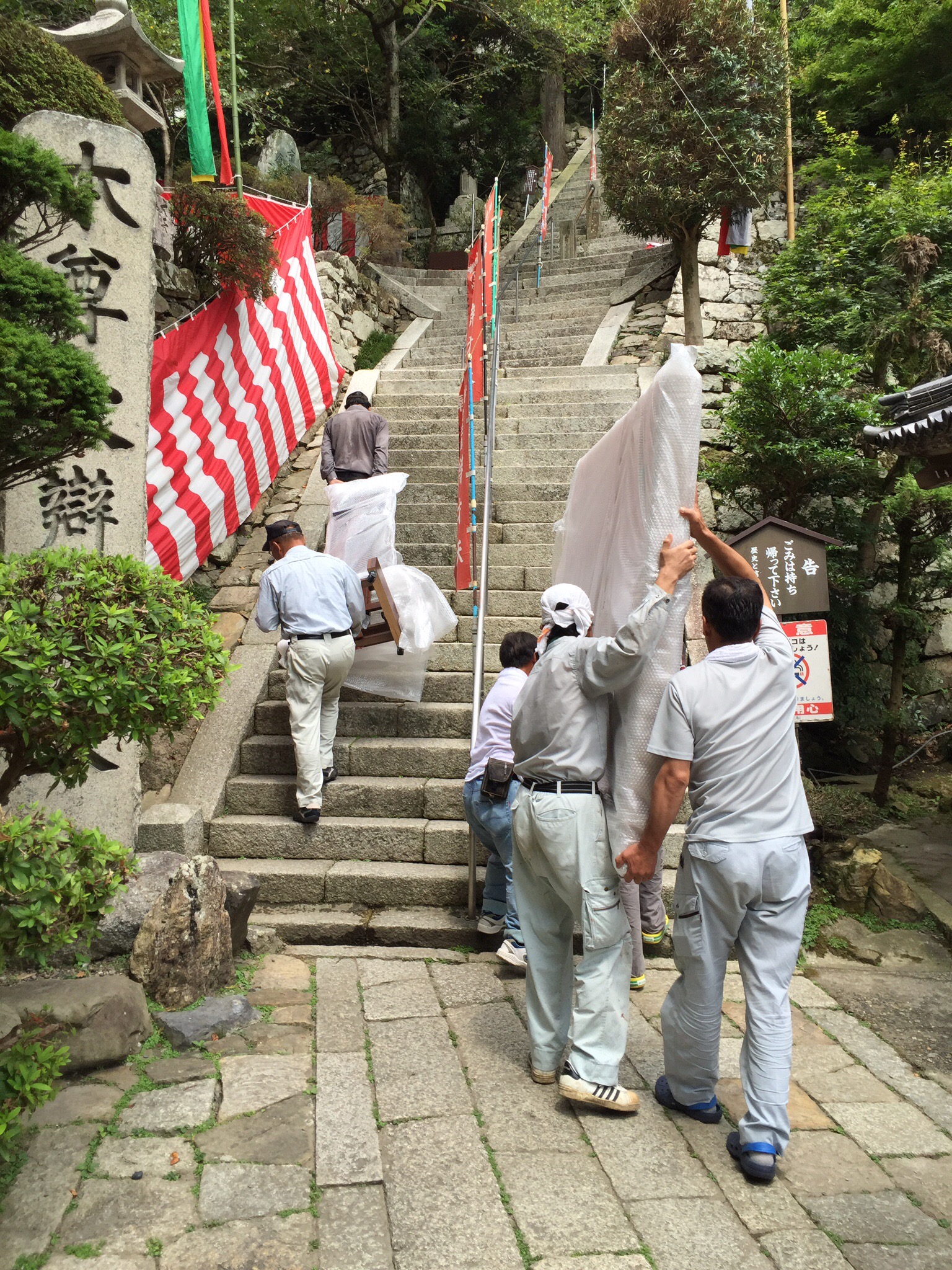